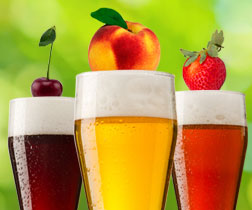 You’re sitting on the beach on an unusually hot spring day near the beach and all you want in the world right now us a nice ice cold beer. Your friend comes up to you with an ice cold bottle and right as you pop the top an unfamiliar smell greets your nose. A quick glance at the bottle reveals that some crazy soul put fruit in your beverage of choice!

To some folks and in the eyes of the 1516 Bavarian beer purity law (Reinheitsgebot), fruit in beer is never acceptable! Little do those folks know that fruit infused beers are coming into style fast. Historically people have wanted to know they are drinking a beer by its well-defined historical tastes. This is no longer the case with those attempting to buy fruit infused beers. These drinkers want the sweet and sour tastes given by fruit infusion and care little about the malt or hop profiles. 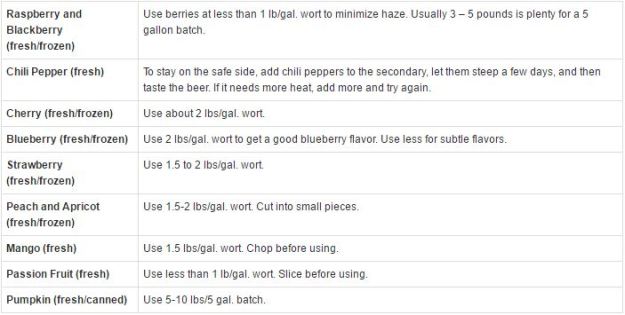 For those who haven’t added fruit to their brews before the process can vary greatly in difficulty. One easy way to add fruit to the brew is to buy pasteurized fruit puree from the store and open it right as you add it to the fermenter. Adding it fast will prevent contamination from the outside. Adding it after the wort is at least mostly cooled is important because fruit normally releases pectins at higher temps that will make your fermenter a mess and end with a cloudy beer.

If you decide that you want to go the hard but authentic way and use your own fruit then you have an extra step, pasteurization. Now this process isn’t intrinsically hard but you will need to make your own fruit puree then heat it on the stove or otherwise to hit the pasteurization temp and hold it there for the required timeframe. Once it is pasteurized and at temp it can be added to the wort.

Let me enlighten your brew experience.

It's Just a Beer!

Reviews and commentary without the snob or tulip glasses

Advanced Marketing Strategies and Tips for CMOs and Marketers