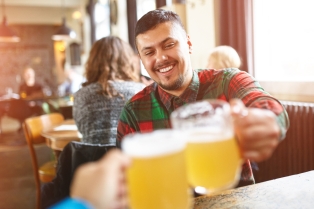 Once again we are at the start of my favorite season of the year! Time for the transition from a diet of hearty stouts and porters, back to lighter summer beers like session west coast IPA’s! Of course, there are other types of session beers such as a session pilsner but my preference is always the west coast IPA. Brewers are starting to come up with fresh hopped creations as early harvested hops come into season. If you ask me it couldn’t come any sooner!

What Makes a Beer a Session Beer?

A British expat and buddy of ours in California once suggested that a “session” referred to one of the two allowable drinking periods in England that were imposed on shell production workers during World War I. Typically the licensed sessions were 11am-3pm and 7pm-11pm, and apparently continued up until the Liquor Licensing Act 1988 was introduced. Workers would find a beer that they could adequately quaff within these restrictive 4-hour “sessions” that were laid down by the government without getting legless and return to work or not get arrested for being drunk and disorderly. via Beeradvocate

Here on the west coast USA we see more Session IPA’s than any other type of beer right around this time of year. People want a full flavor craft IPA that they can take to the beach with a big group and enjoy all day long without becoming an inebriated mess. I’m the type of person that refuses to sacrifice on flavor or to buy bad quality beer just to have a lower ABV. These session brews are a lifesaver in the summer!

Some Examples I Drink

Let me enlighten your brew experience.

It's Just a Beer!

Reviews and commentary without the snob or tulip glasses

Advanced Marketing Strategies and Tips for CMOs and Marketers